Lucifer War is pleased to present to you a review of the book "UFOs: Demonic Activity & Elaborate Hoaxes Meant To Deceive Mankind" written by Brother Michael Diamond.
The book is 54 pages with paperback binding, published by Most Holy Family Monastery located in Fillmore, New York.
I found the book's cover art intriguing, provocative and mysterious. The cover really put the hook in me and made me want to get busy reading straight away.
The first thing I noticed upon opening this book was an absence of a table of contents. It's not a huge problem, but I do like a book to have one, mostly for future reference and research purposes. If Brother Diamond releases further editions, I hope he adds a table of contents.
This book gets right down to business, skipping over the usual introduction found in most books. I like this. I'm not big on introductions. In fact, I usually read them after I have read the entire book. The author here goes right in for the meat and potatoes and doesn't waste the reader's time with pleasantries or formalities. Bravo.
Brother Diamond introduces the reader to the book's main assertion right from the start. He wastes no time before presenting proof that UFOs are not from the material universe but are in fact a spiritual phenomena. Diamond cites actual, historical cases and includes quotes from top experts in the fields of UFOology, as well as supporting evidence from renowned physicists, astronomers and authors such as Dr. Jacques Vallee, Dr. J.Allen Hynek and the world famous John Keel. Brother Michael Diamond's arguments are strong, well written, and well referenced.
After his opening salvo of evidence, Brother Diamond takes on some of the most famous UFO and alien abduction cases. Diamond brings forth powerful evidence that these so called alien abduction cases are actually cases of demonic interaction, abduction and possession. Diamond tackles such cases as that of Whitley Strieber, Betty and Barney Hill, and Travis Walton.
Brother Diamond calmly and rationally takes the reader past the facades hung for the uninformed public, and into the depths of spiritual reality. I was impressed with Diamond's ability to discern and perceive, and the way in which he conveys that understanding to the reader with brevity, logic and simplicity. You'll find no vanity or razzle-dazzle coming from this author.
Brother Michael Diamond then touches upon the famous Roswell incident. Diamond's treatment of the Roswell case is extremely powerful. I must admit that some of my beliefs regarding the Roswell case were shaken to the foundation. At the very least I am forced to reevaluate everything I thought I knew about Roswell. Diamond wields the facts like a blunt object by which he proceeds to pummel the stitched together narrative we have heard and read so many times. That narrative falls apart very easily when held up to the cold light of strong logical scrutiny. I'll never look at Roswell the same again. Darn you Diamond.
After Roswell, Brother Diamond examines the Men In Black phenomena. This was Brother Diamond's weak point in my opinion. Diamond's treatment of the Men In Black phenomena was incomplete. I felt that Diamond missed some very crucial information regarding the M.I.B which would have strengthened even further his already very strong premise that UFOs are in fact demonic.
In John Keel's book "The Mothman Prophecies", dozens of credible eyewitness reports and testimony supply very strong evidence that the Men In Black are themselves demonic in nature.
The M.I.B. time after time exhibited the same behavior as UFOs, behavior which breaks the laws of Newtonian physics. The M.I.B. are known to appear and disappear without a trace. M.I.B.s were reported by witnesses, some of the witnesses being veteran police officers, to have had knowledge of a person's secret, innermost thoughts. The M.I.B. often knew things about a person that the person never told anyone. Diamond grouped the topic of the M.I.B. in with the Majestic-12 hoax. I totally agree that MJ-12 was built upon a phony document. But I cannot understand why Diamond grouped the M.I.B. in with MJ-12. I would ask Brother Michael Diamond to re-open the books regarding the M.I.B., and perhaps make a short YouTube video to share with us the results of that investigation.
Next Brother Michael Diamond examines topics such as the infamous Alien Autopsy, Area 51, Cattle Mutilations, the Nazca lines and Crop Circles. These topics are briefly examined and for the most part dismissed as hoaxes.
In conclusion, I highly recommend this book. It was a great read that I couldn't put down until I was finished. Brother Diamond shows us a first-hand knowledge of the deeply spiritual topics which he expounds upon. I have a shelf where I put books I know I will return to repeatedly for use as a research reference. This book, "UFOs: Demonic Activity & Elaborate Hoaxes Meant To Deceive Mankind", by Brother Michael Diamond, is now on that shelf. This book is a winner and a must-read.
What's more, I bought my copy here http://store.mostholyfamilymonastery.com/boufdeacande.html for only $2.00, and the shipping was included in the price! Unbeatable. I should say that I myself and my websites are not affiliated with Most Holy Family Monastery or Brother Michael Diamond in any way other than I purchased the book, read it, reviewed it and liked it.  --- Joel Weldon Harford
Posted by LuciferWar at 10:22 PM

Good grief Charlie Brown. Even if no one ever reads this but us, that was a well-written book review.

Could you read other books and review them too? I suggest a WWII book called Two Jimma.

JK man- this really was a well-written review!

Was Two Jimma written by Mike Dreisbaugh??
Anyway...I cannot get Two Jimma from the Library of Congress because it is classified. I am doing a review in the coming weeks you may be interested in. The book is called "I Was A Pre-Pubescent All-Pro" by Pat Jenson.
Here are a few excerpts from the mainstream press reviews of Jenson's memoirs:
"...Jenson's prose is a virtual assault on the senses..."
-New Yorker
"...a tour D'force from the blitzkrieg that is PAT JENSON..."
-Newsweek
"...Jenson has redefined the word ALL-PRO..."
-Weekly Book Review
"...what Jenson has done will echo across the oceans of time..."
-Maxim
"...we have seen the future and it's name is JENSON..."
-Allpro bi-daily

Dude, Those are great! You should be a writer!

Joke?
How dare you suggest that this is a put-on!
Do you realize sir, that kids all over the world will strive to be half of a percent the All-pro Pat Jensen was?!
Funny. Humpph. Why I never.

Haha. Thanks. Great review. I don't like introductions either. I think I'll save them for the end of the book too! And as for the cattle mutilations being a hoax, I don't think so! Anyway, I was looking at the book. What? Only 54 pages? Geez. That's a short book. Well, thanks again for the review. Appreciated.
-Belialith

Hey, that's a great prayer below this post. Really well spoken. Thanks for that too!! 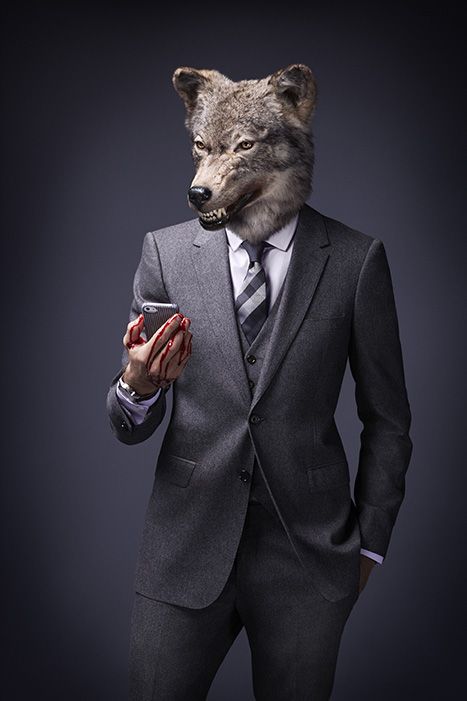